Get RECKLESS this Autumn…..

Following quickly on from January’s Journey To X, rejuvenated psych- punks THE BRAINIAC 5 return with their fourth full-length, We’re Ready! Starting out with an over-abundance of material from previous songwriting sessions, the Brainiacs have also taken a new look at tracks from their diverse back catalogue, as well as delivering up some shiny brand new songs.

New Feeling is the first ever official full-length album from Nottingham’s late 70s powerpop saviours THE FAVOURITES. Rising from the ashes of Stiff-signed pub rockers Plummet Airlines, the band released two now sought-after singles before imploding, with frontman Darryl Hunt finding fame as bassist in The Pogues. New Feeling collects both singles, b-sides and 10 other tracks on deluxe vinyl with a free CD.

Half Sentences is the long-awaited new album from London-based psychedelic rockers THE GREEN RAY, formed in the late 90s by Ken Whaley and Richard Treece from the much loved 70s band Help Yourself. A year after Ken passed away in 2013, a reconfigured Green Ray began these recordings. This album features Richard Treece’s final contributions before his sad passing in 2015.

The label arm of the international secondhand record store empire, Reckless Records’ inaugural release was the first Brainiac 5 album World Inside in 1988. Since then they have gone on to release a series of highly collectable albums from the likes of The Bevis Frond, Black Sun Ensemble, The Crazy World Of Arthur Brown, Henry Kaiser and more. The label was relaunched in 2014 with the release of the Brainiac 5 anthology When Silence Was Sound. 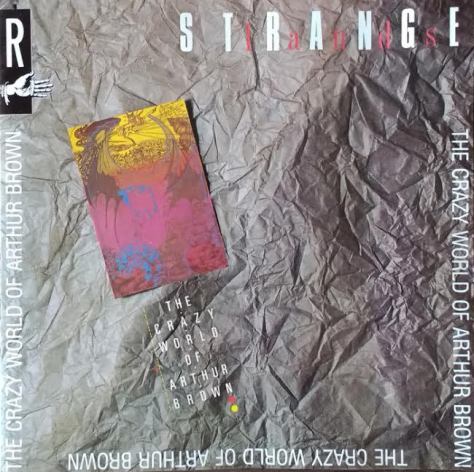 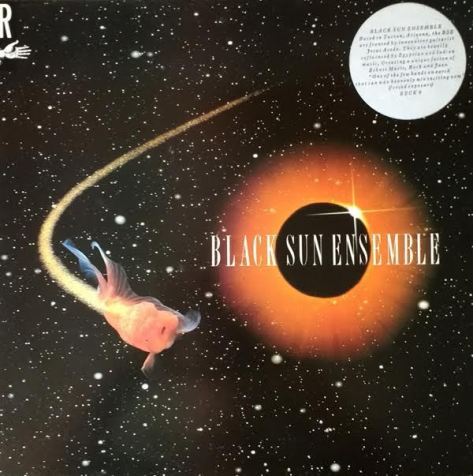 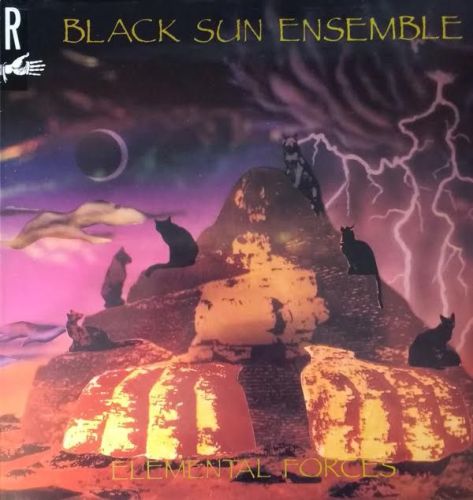 I opened the first Reckless Records shop in Islington in 1983, then another in Berwick St, Soho a year later. In 1986 I moved to San Francisco and opened a shop there too. We were making good money so we were able to start the Reckless label, which was based around music I and my friends personally liked, a mixture of psych and prog, with dashes of folk and punk. We wanted to give the label a strong identity, ideally like Island or Elektra in the ‘60s.

The label kicked off in 1988 with the World Inside LP by the Brainiac 5. This record was actually recorded in Cornwall in 1979 by myself and three other psychedelic punk fans. We shared stages with the likes of The Soft Boys and The Barracudas and were well liked by John Peel, but the band split before World Inside could be released.

I was friendly with those doyens of the psych scene Nigel Cross and Colin Hill, who were responsible for mags like Bucketfull Of Brains and Observations From A Hill. They put me in touch with Drachen Theaker, the drummer for the Crazy World Of Arthur Brown after Carl Palmer left. He had hours of tapes of very odd music from that band, mostly improvised in an ‘altered’ state, from which, with Arthur’s permission, we compiled the second Reckless release, Strangelands. This, surprisingly, sold really well, so Drachen and I put together an LP by Rustic Hinge, basically the Crazy World without Arthur Brown, which was heavily influenced by Beefheart’s Trout Mask Replica and remains our maddest release.

Nigel gave me a cassette of the very obscure Black Sun Ensemble from Tucson, Arizona, accurately described by Colin Hill as “acid-fried desert psych” with elements of John Fahey and early Krautrock. I contacted their otherworldly main man, Jesus Acedo, and arranged to release a selection of their recordings as a Reckless LP (still one of my favorites). Jesus was a fantastic psychedelic guitarist, equal to Barry Melton, Glenn Philips, Richard Treece – he had that magic touch. We issued two more BSE LPs and organised a gig for them in San Francisco, shortly before which I had to recue Jesus from disappearing into the sea after a walk on the beach – it was all too much for him! As Forced Exposure said at the time: “One of the few bands on Earth that can wax heavenly w/o inciting vom”.

I met Merrell Fankhauser in a Denny’s diner half way between L.A. and S.F. – a very congenial chap. IMO it was tragic that his LP with the band MU, with Jeff Cotton from The Magic Band, was no longer available, so Reckless was very happy to re-release it. This is a band that should have been huge: Beach Boys style vocals + Beefheart style music = genius! But they broke up when Jeff Cotton left to become a full-time Christian.

Back in London, I was very enthused by the early self-released LPs by Nick Saloman, aka the Bevis Frond. We made a deal to reissue them on Reckless to give them wider distribution, and followed up with some new Bevis releases, which did well on both sides of the Atlantic. By this time we had a store in Chicago too, so we were well placed to release LPs in both the US and the UK, unusual for a small label.  Bevis is definitely one of the good guys: very ‘eavy, very ‘umble. We ended up releasing seven of his records, including New River Head, still my favorite of his.

I was crazy about the Canterbury scene too, so we issued a Phil Miller (Matching Mole, Hatfield & The North) LP called Split Seconds. Phil was keen to master it at the Townhouse Studio in Shepherd’s Bush whereas I usually used Porky’s – cheap and cheerful (but good). The Townhouse was super-expensive and I was seriously sweating as the hands of the studio clock moved rapidly round while perfectionists Phil and Dave Stewart were tidying up minute sonic details. We didn’t make money on that one but it sounded really good!

Our biggest and most consistent seller was Live At The Proms 1970 by the Soft Machine, which we licensed from the BBC. We were one of the first labels to do this so it was a learning curve for both us and them. The band themselves took a lot of persuading as they’d been ripped off by record labels so often, but eventually they succumbed.

In 1990 I went to live in a monastery for a while and the label dropped away, though the stores continued (fortunately for me).

I moved back to the UK in 2009 and reactivated The Brainiac 5. We put together a comp of B5 recordings from the late ‘70s, the first Reckless release for 24 years. This was followed by Exploding Universe in 2015 and Journey To X in 2016, supported by a series of gigs in London and Cornwall.

On September 29th of this year Reckless will present three new releases: We’re Ready, the latest Brainiac 5 CD, Half Sentences by long-running psych masters The Green Ray, and New Feeling, a collection by fabulous ‘70s power pop band The Favourites.

It’s been a privilege to meet so many brilliant musicians. They all have something special to offer – the innate ability to harness the power and beauty of music.

We’ll pay the most cash and offer the highest trade credit you’ll find anywhere. Our buyers are available Monday to Sunday 10am to 6pm.